Acoustic strummers take heed! You’ll also need to have a big vocabulary of chord voicings, rhythmic patterns, and right-handed strumming techniques to play American roots music convincingly. Check out these lessons from Mike Zito’s 30 Rootsy Acoustic Rhythms You MUST Know, in which Mike will equip you with what you need to get there. Laying down a groove and keeping it all rock solid is what Acoustic Guitar Rhythms is all about. 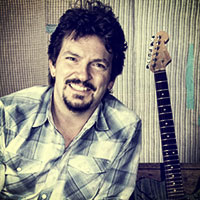 About Mike Zito
2009 Blues Music award winner Mike Zito is one of those rare artist that can sing like nobody’s business, can write songs that instantly grip you, play one hell of a mean Gulf Coast style guitar and has the stage presence to draw in any audience. Born and raised in St. Louis, MO he grew up listening to Van Halen and Led Zepplin and it wasn’t until later he became interested in the great blues men who were from in and around St. Louis. In 2009 Zito and Neville won the Blues Music award for “Song of the Year” for “Pearl River” the title track to Zito’s 2009 release. Zito comes armed with raw tone and pure grit that he can turn on a dime into silky smooth guitar melodies but it is the aged depth to his vocal that make Mike Zito stand out amongst the other cats claiming to have “the stuff”.